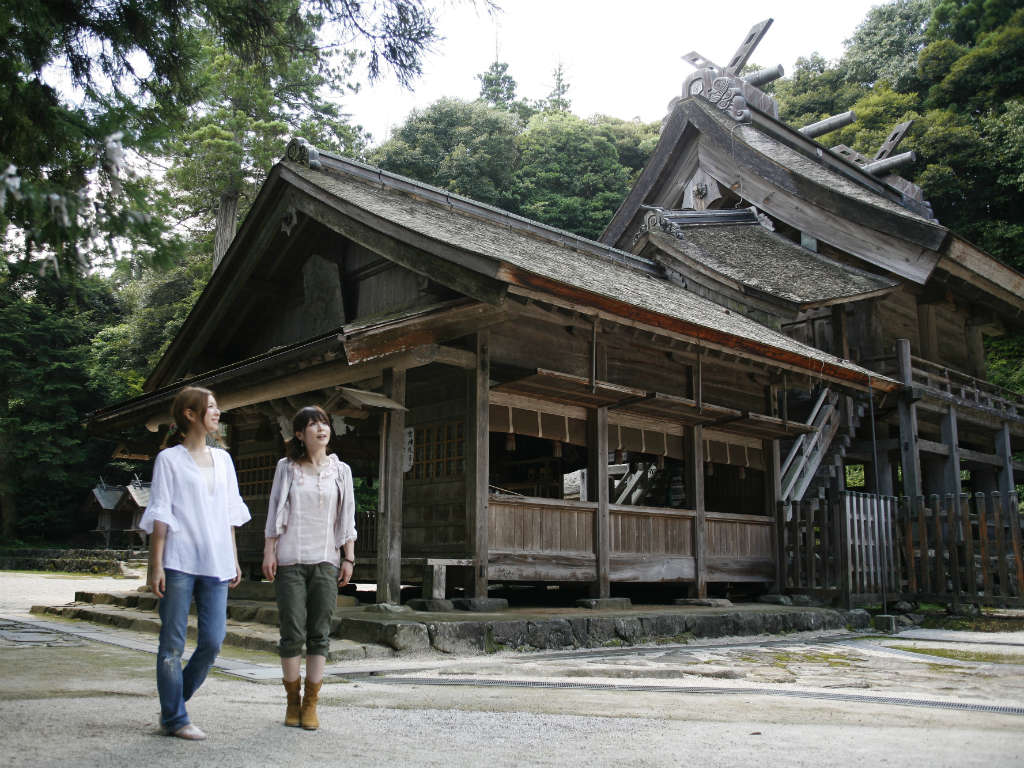 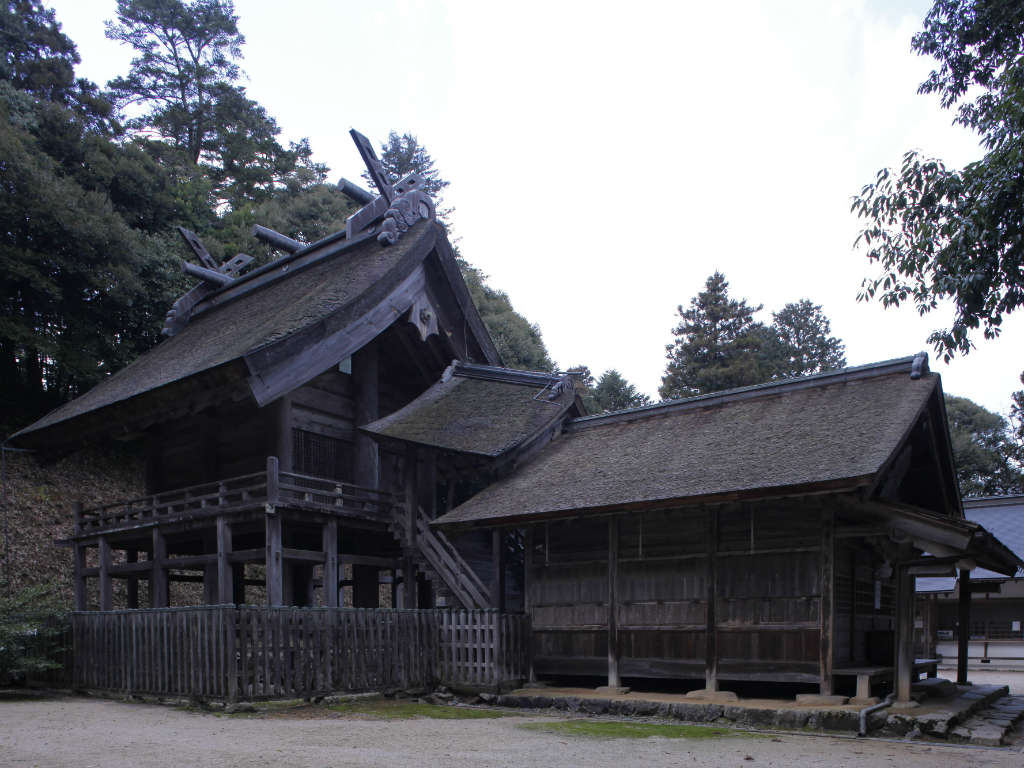 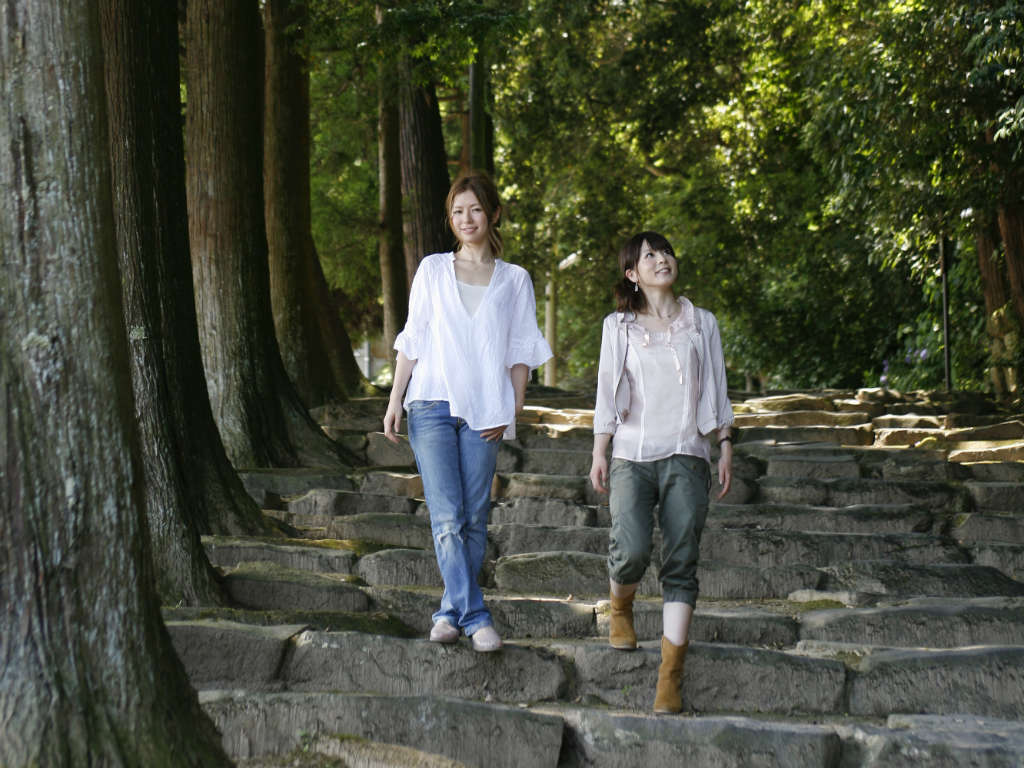 It is an old shrine that enshrines' Izanami no Mikoto' as its shusaijin (main deity) and is commonly called' Oniwa no Omiya-san.'.
The Honden is the oldest among the existing Taisha-zukuri style buildings and is designated as a national treasure.
The mossy stone steps on the approach create a more luxurious atmosphere.

On December 13th, there is the Ogama Shrine related to the kettle, which is said to have been ridden by Takamagahara, an Izumo nation's founder deity.