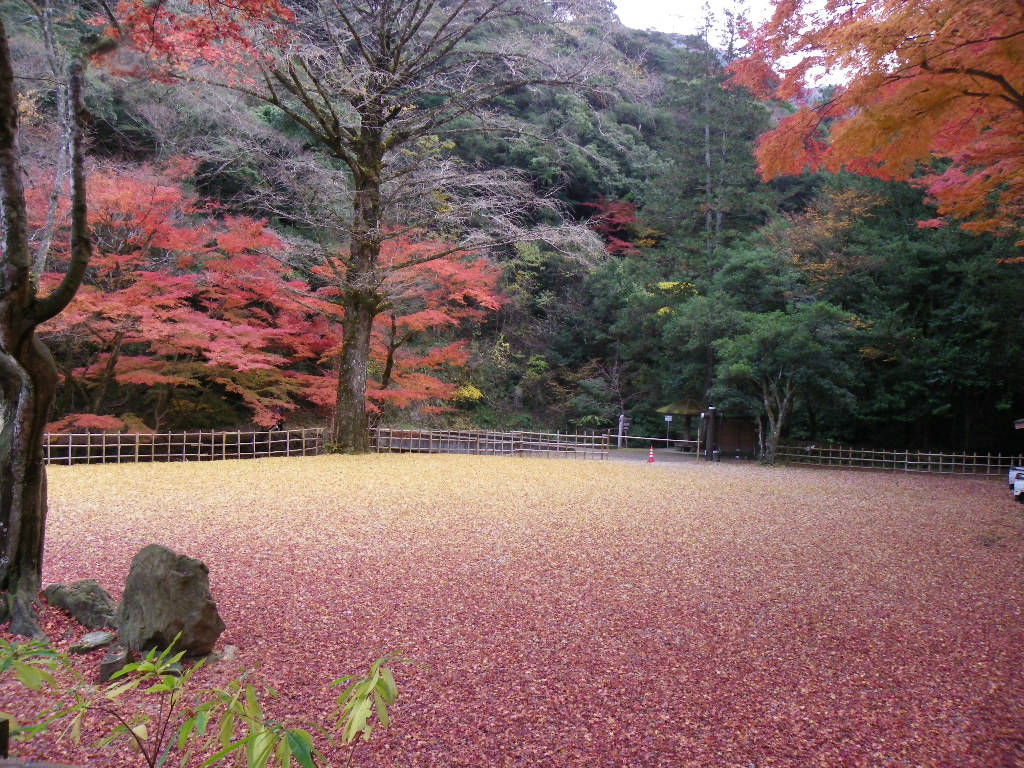 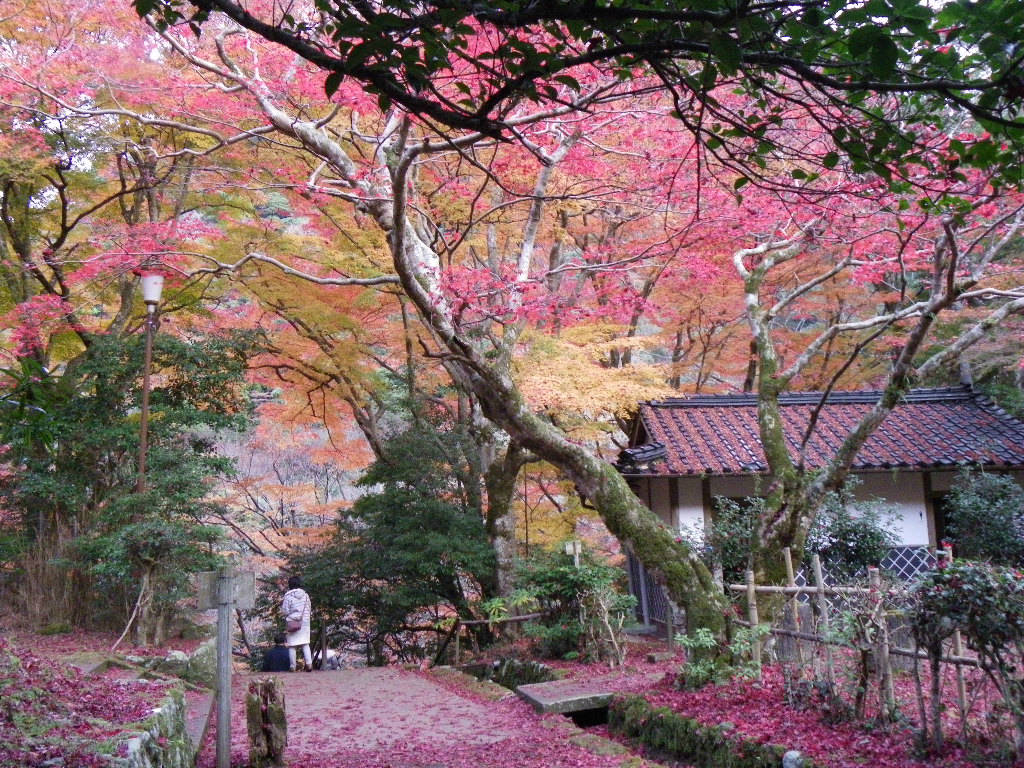 An ancient temple known for having trained by Musashibo Benkei

In 2 years of Sukko (594), Chiharu Joshi of Shinano arrived at Tabushibashi in Izumo City and prayed at the "Wandering Waterfall" in the area to cure Emperor Suiko's eye disease. It is said that this temple was built to thank you for fulfilling your prayer. It was once widely known as the spiritual site of Shugendo, and it is said that Musashibo Benkei also trained.

The maple of Wanibuchi-ji Temple is fascinating with its stunning colors that are said to be the best colored leaves in San-in. It is a kind of "Iroha maple" with deep slices and small leaves. The leaves dyed in red, orange, and yellow overlap, and the beauty of the entire mountain is unrivaled.